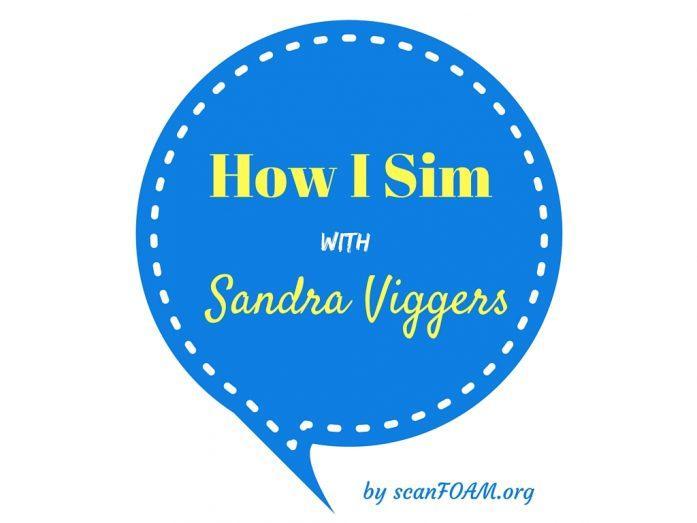 How I Sim – Sandra Viggers

Recently, I came across this question on Twitter and joined the conversation.

Two replies caught my attention, the first one from Ben Symon

Sim journal club for June : 'Co-Debriefing for Simulation Based Education – A Primer for Facilitators' https://t.co/5LvZffXD9O

Wow, what a great idea! The format of the journal club is that an article is sent out to the participants at the beginning of every month allowing the remainder of the month to return your reflections. I like that approach. We all know how difficult it is to find time on a given day in a specific time slot. The concept Ben has developed allows for participation when you have the time and as contributions grow so deepens the conversation. Furthermore, the format allows for comments from all over the world in different time zones and from different professions. Learning about simulation and discussing articles with people outside your normal “tribe” and way of thinking is really interesting. If you are curious and interested get in touch with Ben through twitter and join us.

The other response was from Shannon McNamara

So I’ve decided to kick it off.

I don’t know exactly which questions others would want answers to so I’m curious to get feedback. But here’s the current story of:

One sentence to describe your sim recently

Way too many children’s toys including sharks!

Way to many, but currently I’m working on how to introduce “Threat and Error Management” (TEM) and how maybe we can benefit from including this concept in our “Early Warning Score / Rapid Responce System” courses.

How I see simulation scenarios

Keep It Simple Sugar (bc I don’t like calling people stupid!). The scenario should be as simple as possible and pay attention to what it is you want the learners to take away. Learning goals can be technical or non-technical and I always tell my self “don’t, really don’t over-complicate scenarios where you want to debrief on teamwork or speaking up”. I think a medical error in such scenarios can shift the focus entirely.

Also, I think I have a tendency to limit the amount of learning goals and allow room for  a more “naturalistic” approach. That way there is time in the debrief to get an in depth understanding of everyone’s cognition patterns and to allow time to discuss what emerges from the scenario on its own.

Lastly, I think scenarios benefit from being either as far away from reality as possible to state a point (I once did a intergalactic battlefield scenario with Starwars vs Superheroes where everybody wore masks etc – the best scenario I’ve ever run!!) or as close to reality as possible for learners to truly engage.

How I see debriefing

I really try to allow enough time for debriefing. I know we’ve all been taught that this is important, but still we often decrease debriefing time to allow for more scenarios. I really try to avoid that. Lately I’ve also found that as I’ve gotten more experience, allowing the participants to express their frustration or excitement early in the debrief allows for a more free flowing and inspiring debrief. It’s not that I don’t have a structure; I just feel that the elephant in the room should be addressed up front and that way I have a nice opening for pointing out the “alien in the room” by saying “I also observed this… it made me think…was that something any of you where thinking about too during the scenario…” or something like that.

I believe that there is not just one way to debrief a scenario. For many, debriefing methods become almost a religion. Initially I was trained in the Diamond approach with the description, analysis and application phases, but as a learner myself and also from my experience as a debriefer I tend to get frustrated with having to spend a lot of time describing something when I’m in a reaction phase or wanting to address my emotions before anything else. Therefore  I make use of many different methods from the learning conversation to the advocacy and inquiry method, PEARLS and many more, depending on the scenario.

Simulation in the future

Much more of it – but hopefully the sim center will become more of a research center and center for developing and testing new initiatives and the simulation scenarios will take place “in situ” where known barriers and challenges can be included.

I also think we will see more use of patients in simulation. When we simulate giving information about surgery or about compliance to treatment I think patients may offer an interesting perspective that actors or other confederates can’t really deliver.

Another topic I would like to work with more is aviation. We always quote how we learned from aviation… but we don’t really do we? I think we still have a lot to learn from pilots in simulation and CRM.

Finally, if get a say we will also have more open sim centers where people can drop in and take a cardiac arrest class, a trauma scenario and so on. Hospital owners should seriously think of this as a benefit for their employees. I would totally work in a place that would offer that.

Your advice to any new sim’er

“Go to the sim like you go to the gym”. I said this at #smaccDUB and people got it! We need spaced repetition to really make learning stick. I would highly recommend that we stop sending people away on one-day courses without follow up because they really don’t work…for that long. Allow for spaced repetition and plan interventions so you realize that spaced repetition is necessary.

In true ALiEM “How I Work Smarter” spirit, I would like to nominate these three great educators in #FOAMsim:

Besides being absolutely awesome educators they are also the hosts of the new simulation podcast @Simulcast having just released their very first episode.

Another great hero of the sim world who like me is working with performance in teams. I’m curious to hear more about how he sims.

I have a ton of people I would love to have participate in a “How I Sim” series so I count on you to help me nominate all the great simulation educators out there.

If you want to tell your story of how you sim and answer the same (and maybe other) questions, please get in touch with us here at scanFOAM or on twitter. We would love to be the host of a “How I Sim” section.

Star skater, simulationista by day , anaesthesia by night and #meded choreographer. Coming to a SIM room near you. With a shark. 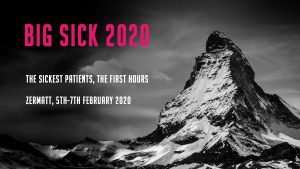